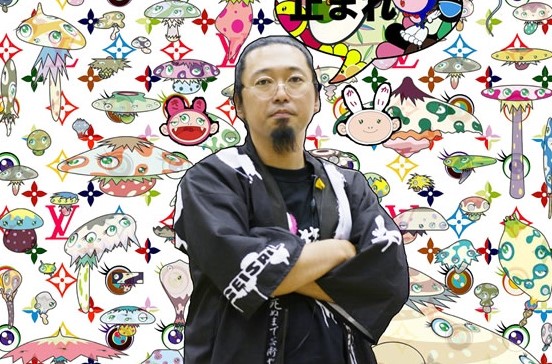 The long-lasting love affair between art and fashion has definitely come a long way and has helped fashion designers create many iconic pieces.  The growing fascination led designers incorporate famous artworks in their designs to give them a contemporary twist. The painting of surrealists , modern, contemporary movements and artists like Salvador Dali, Monet, Piet Mondrian, Andy Warhol, Damien Hirst , Gustav Klimt  or Rene Magritte have been transformed from works of art to wearable fashion coming alive on international catwalks .

So let’s look at some of history’s most important crossovers and collaborations:

Elsa Schiaparelli was one of the most imaginative and prominent fashion figures active between World War I and II.  Her whimsical nature was perfectly suited to the genius of Salvador Dalí. The Italian designer looked up to artist Salvador Dali to create some of her best works, such as the 1937 Lobster Dress,  featuring a giant lobster painted by Dalí as a playful homage to his 1934 creation “New York Dream-Man Finds Lobster in Place of Phone” as well as the Shoe Hat fashioned from a woman’s high-heeled shoe which was designed by Dalí’s wife Gala.

Mondrian’s work exerted a powerful influence on fashion long after his death in 1944. The legendary French designer Yves Saint Laurent who himself was a big fan of art believed that fashion is art. His private collection included works by Henri Matisse, Constantin Brancusi and Pablo Picasso.  So it’s no surprise that art pieces became sources of his inspiration. The most remarkable and memorable until date, his fall/winter 1965  Mondrian Collection of six A-line cocktail dresses that really captured the public’s imagination and broke new ground for the future role of art in fashion.

The ever-innovative Pop Art genius Andy Warhol has a long-standing fascination with fashion. Warhol had started out in fashion illustration, working for glossy magazines designing advertisements for products such as Schiaparelli’s gloves. Posthumously, Warhol’s position in the Fashion Hall of Fame was cemented by Gianni Versace‘s 1991 Pop Art collection, which included a jewel-encrusted version of the artist’s lurid Marilyn Monroe prints.

The amalgam of art and fashion is so successful that Damien Hirst collaborated with British designer Alexander McQueen for a 30 limited edition scarves collection in 2013. The work reflects a meeting of two of the darkest minds in contemporary design and is originally inspired by Dante’s Inferno. The exclusive designs feature butterflies, spiders and other insects crawling in kaleidoscopic geometric shapes, laid out to create the signature McQueen skull motif. McQueen also proved his love for art with a collection inspired by Gustav Klimt.

Marc Jacobs is the designer who took artistic inspiration to the next level! He invited Takashi Murakami, to work on a now-famous range of handbags for Louis Vuitton which re-invented the company’s signature LV emblem. Japanese contemporary artist Takashi Murakami who is a pioneer of multi-disciplinary crossovers with his talent in painting , sculpting and his commercially-savvy approach makes fashion a canvas to express himself. His collaboration  with Louis Vuitton included several other designs, including the Monogramouflage, Cherry Blossom, and Character Bag collections, each offering playful spins on the brand’s iconography. Their marriage ended in 2015 but Murakami enjoyed further commercial collaborations with sport shoemaker Vans.

In the luxury brand’s 2017 collaboration, Louis Vuitton worked with the New York-based artist Jeff Koons to craft his “ Masters “ collection of bags with famous paintings for Louis Vuitton. Graphic and unexpected, the team-up was so popular that the storied French brand reconnected with the contemporary artist for round two. You’re not just getting a Vuitton bag, you’re getting one of your favorite works of art with a biography and portrait of its featured master such as Da Vinci, Monet, Fragonard , Gaugin and Turner.

We are witnessing now the peak of decades of frontier less innovation, provocation and collaboration between art and fashion worldwide.

Following the concept that art is not just what you find hanging in a museum, or pieces that are framed , in 2016 , for the first time in Egypt , a gallery, ArtTalks, its artists and Egyptian fashion designer Dina El Missiri initiated a collaboration between Egyptian contemporary art and fashion design: Art to Wear. Dina El Missiry’s artistic garments that depicted the paintings of renowned Egyptian contemporary artists such as Guirguis Lotfy, Hady Boraey, Eman Osama, Hossam Dirar, and Riham El Sadani, was a showcase of statement designs to be worn and coveted rather than hung on the wall.

One cannot tackle the Middle East fashion scene without mentioning Palestinian-born muralist and decorative painter , Janan Shihadeh ,the Queen of Luxury Goods Bespoke customizer of the Middle East. This avant-gardiste broke the rules with her talent, audacity by adding her touch to turn your Louis Vuitton or Hermès bag into a personalized piece of art. She breaks boredom to make her clientele feel unique as personalization is her driving force. In 2019 , her nontraditional DNA took her on a larger scale adventure  when she brushed an eye-catching paint job on a G-Class as Mercedes-Benz recruited her as part of their ‘She’s Mercedes’ campaign and now there’s talk of an upcoming aircraft revamp! Just like her creativity and talent this Artaholic is ambitiously unstoppable and her wild brush adds value and substance to non-traditional art material pieces she metamorphoses into personalized and intriguing masterpieces.

Fashion is not only limited to be worn , it is also something you add to your home. An when you wish to blend art too,  you should discover Suzi Fadel Nassif, a contemporary artist who creates limited edition wearable art and home accessories . Born in Lebanon, raised in the UAE, Suzi Fadel Nassif is a renowned artist who has been astonishing art lovers with her paintings.  She is the legendary storyteller Scheherazade in her own artistic way where colors, faces, phases, mediums, brushes, canvas and her are the main vessels to tell stories of more than one thousand and one nights! With her cultural diversity and her insatiable drive and love for life, she decided to take her artistic inspiration beyond the canvas and walls, bringing her art closer to people’s lives, through an exclusive capsule collection of wearable pieces and art cushions representing a unique artistic statement of her masterpieces prints.

Art and fashion is a dialogue that will long continue. A relationship which is blooming as more of the contemporary art world’s top talents brush the glamorous world of fashion and fashion designers dig their inspiration from art.