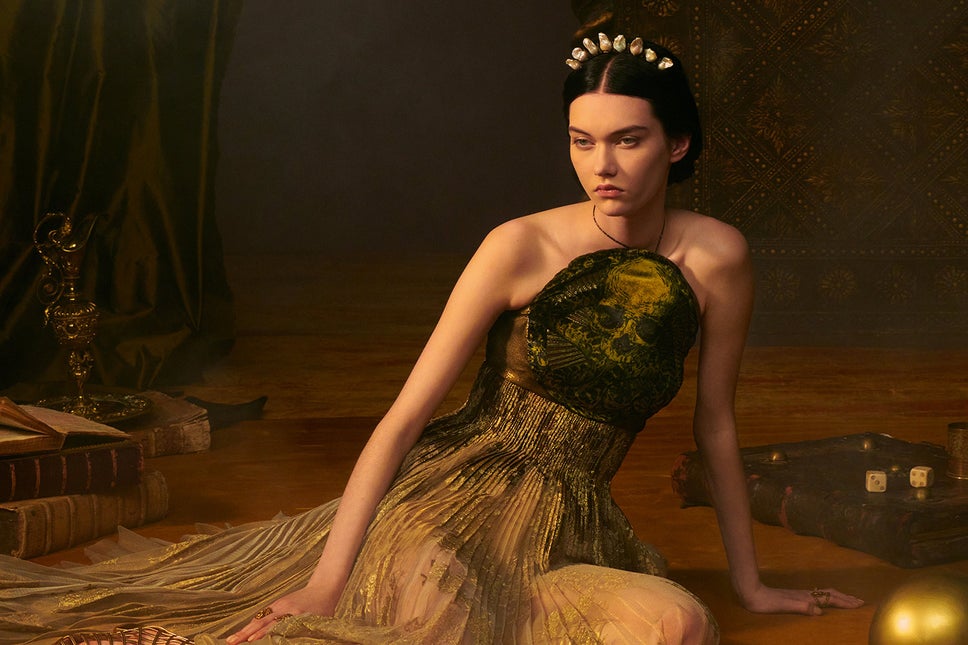 Once reserved for an exclusive crowd, the spring/summer 2021 haute couture collections, which took place in Paris from January 25 to 28, had 27 designers on the official calendar present their collection virtually to a worldwide audience.

The designer takes us back to Paris’ legendary Le Palace disco of the 80’s. Mini shorts, black tulle dresses and shiny fabric mini are among the striking pieces of the collection. Swingy silver fringed or lame ruffled dresses with matching boots, made in partnership by Giuseppe Zanotti, crystallized stretch jersey jumpsuits to aruffled dress in red lurex velvet, this collection is all about the golden days of disco and dancing!

Labelled “Voluptas Couture”  named after the daughter of Psyche and Eros, mixed with influences from the Second Empire Alexis Mabille’s latest hc collection brought back  interpretations of his signature styles such as the smoking, trench and ornate gold embroidery while super feminine and flowy gowns in pastel silks swayed down the runway.

In front of a very limited crowd, including brand ambassadors Penelope Cruz, Marion Cotillard and Vanessa Paradis, Chanel set up a casual country wedding at its usual venue, the Grand Palais. The romantic collection by creative director Virginie Viard, filled with ruffles and embroidery on pastel and sheer dresses and tweed pantsuits, peaked with the bride on a beautiful white horse as the finale.

In “Le château du tarot,” Grazia Chiuri remembers Christian Dior’s passion for reading Tarot cards. In the movie a young woman wanders a Tuscan palazzo and encounters living Tarot characters including “The Fool” and “The High Priestess” all dressed in romantic gowns in sheer chiffon and rich jacquard or velvet in the Spring-Summer 2020 collection.

Fairy tale dreams still come true with ruffles, bows, flowers and pastels with Giambattista Valli’s romantic gowns. For his latest collection a dancer, in gowns with oversized sleeves and ballroom skirts, represented the divine messenger who descends from Olympus to Earth to infuse the spirits with wisdom, goodness, and elegance.

Known for her avant-garde and technology aided creations the Dutch designer took inspirations from mushrooms for her latest hc collection. Titled “Roots of Rebirth,” the collection that “references the intricacy of fungi and the entanglement of life that breathes beneath our feet,” the designer detailed in a press release.

Paris Couture Week kicked off with Creative Director Daniel Roseberry’s flamboyant collection for Schiaparelli. Challenging the norms, the Schiaparelli haute couture client will be dressed in sculpted muscular mini dresses that show abs in all the right places. Yet plenty of gold embellishments from head to toe, more precisely biker boots, and with the maison’s signature lock, added that dreamlike richness only haute couture brings alive.