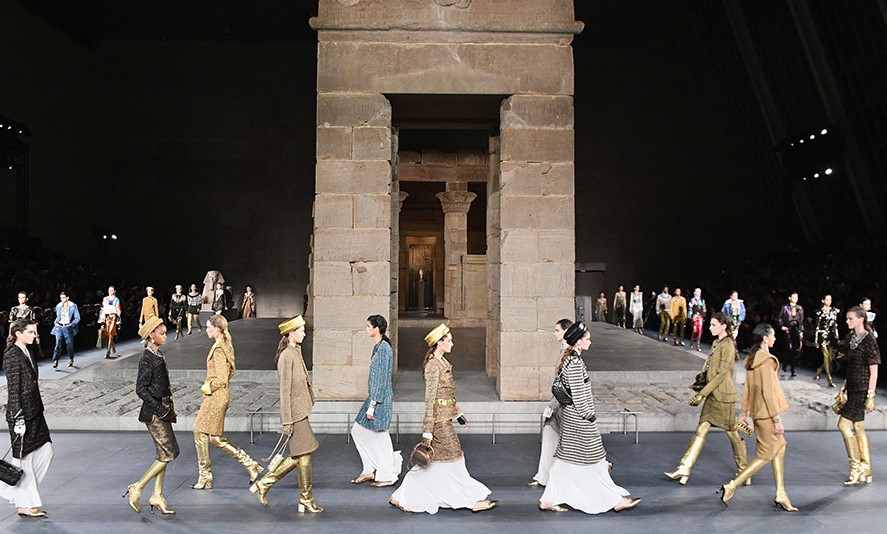 Riding the wave of the incredible “The Pharaohs Golden Parade” production Egypt showcased to the world on Saturday April 3rd,  we look at the influence Ancient Egypt, with its kings and queens, has had on the fashion world for over a century.

It all started with Egyptomania, the movement that was born through the renewed interest of Europeans and Americans in Ancient Egypt during the nineteenth century as a result of Napoleon’s Egyptian Campaign with it’s documentation of ancient monuments in Egypt. The ancient remains had never been so thoroughly documented before and thus, the interest in ancient Egypt skyrocketed. Jean-François Champollion deciphered the ancient hieroglyphs in 1822 by using the Rosetta Stone which added to the fascination. Culminating with the discovery of King Tutankhamen’s tomb in 1922 by Egyptologist Howard Carter, Ancient Egypt cemented its influence in the art and fashion world of the roaring ‘20s and beyond.

Here a look at some of the fabulous pieces influenced by Ancient Egypt and Egyptomania  by some of the biggest names in the fashion world. From subtle touches and details and starting points to full fledged, unmistakable interpretations, those gowns and garments transcend time. From Alexander McQueen to Zuhair Murad and from New York to Paris fashion week catwalks.