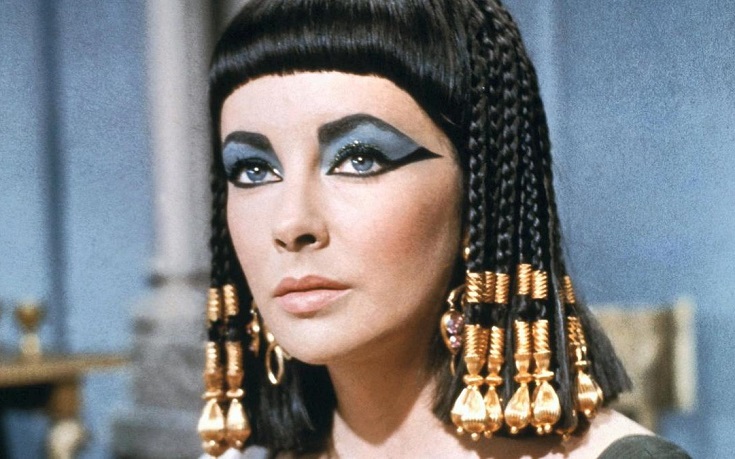 While Queen of Egypt (51–30 BCE), Cleopatra not only actively influenced Roman politics and was especially known for her relationships with Julius Caesar and Mark Antony, she also came to represent, as did no other woman of antiquity, the prototype of the romantic femme fatale and style icon.

While often described as “a woman of surpassing beauty,” a number of modern historians have characterized her as less than exceptionally attractive. Egyptologist came to the conclusion that Cleopatra’s nose was too large, her lips were thin and her skin color was dark, which she tried to famously improve with bathing in sour milk. Yet it was her sharp mind and intelligence that turned her into the most seductive woman of her time.  Her sense of style in clothes, jewelry and beauty is legendary and has been an inspiration for over 2000 years.

To the pharaohs of Egypt, snakes represented royalty and deity and they wore them as sacred pendants around their necks. Cleopatra was said to have worn both snake bracelets and hair adornments as well as live snakes around her wrist, and according to the most widely repeated theory she died aged 39 from a self inflicted venomous snake bite.

While we could spend hours talking about her beauty regimens and makeup looks, we highlight the jewelry creations from famous jewelry brands, whose vintage and latest collections were inspired by snakes and paying tribute to Cleopatra, Egypt’s most famous woman.