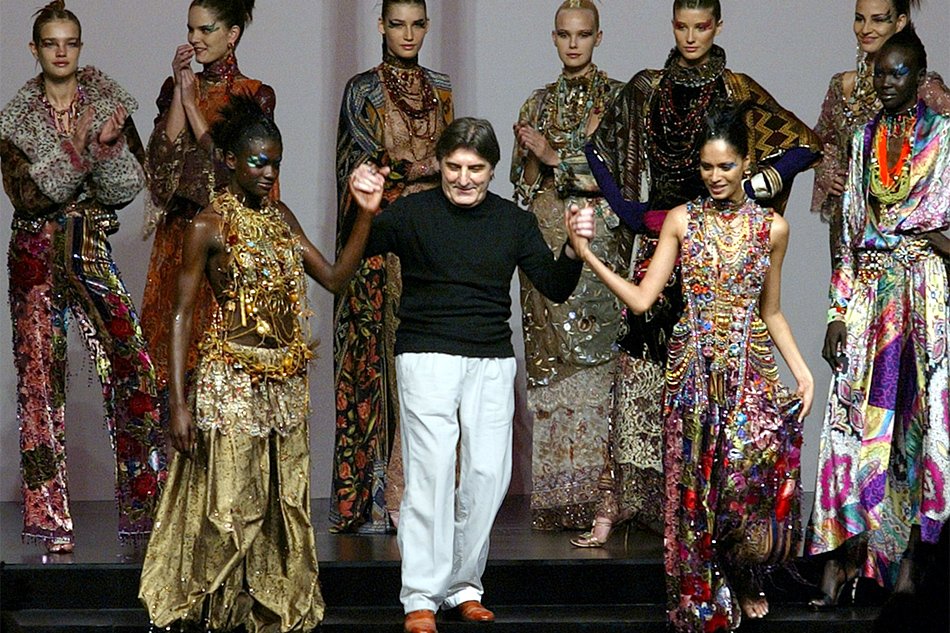 French fashion designer Emanuel Ungaro has died at age 86 in Paris. We pay tribute to the man who dared to be different, his work a craft, and a work of art and who will never be forgotten in the fashion world.

Emanuel Ungaro was born in Aix-en-Province in southern France in 1933 to a family of Italian immigrants, and at the age of 22 moved to Paris, where he was trained by Spanish couturier Cristobal Balenciaga before launching his own label nine years later in 1965. He quickly made a name for himself with his daring designs, bold colors, soft fluffy fabrics that turned into exceptionally beautiful garments in a style that will always be unique to him.

In 1968 Ungaro added the ready-to-wear line to his haute couture house, followed a few years later by one for men. Married and father to a daughter, Ungaro started to distance himself from fashion in 2001, leaving the artistic direction of his ready-to-wear and accessories businesses to Giambattista Valli. In 2004, Ungaro sold his label to Pakistani businessman Asim Abdullah. Several designers went on to head up the brand as creative director, including Esteban Cortezar, Fausto Puglisi and Giles Deacon. In 2009, Lindsay Lohan was hired as artistic director but departed shortly after. Since 2017, former Giorgio Armani womenswear designer Marco Colagrossi took over the brand as creative director.

Throughout his career, Ungaro dressed some of the world’s most famous and fabulous women, including Princess Caroline of Monaco, Catherine Deneuve, Isabelle Adjani,  Halle Berry and Katy Perry.