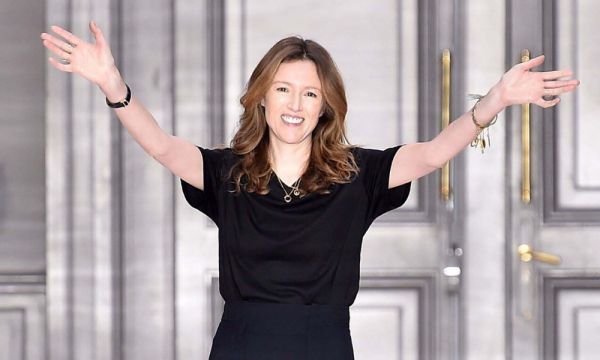 When British designer Clare Waight Keller announced her departure from Givenchy with an emotional post on her Instagram account on April 10th, many in the fashion industry including me were taken by surprise. After 3 years at the artistic helm of the iconic French fashion house founded by Hubert de Givenchy in 1952 the woman, who in my opinion excelled in haute couture creations, with her design of Meghan Markle’s wedding dress was partly responsible to re-cement Givenchy as a couture power house. Besides the Duchess, celebrity fans are many including the likes of Rihanna, Julianne Moore or Rosemund Pike.

But what are the future plans for the designer who started her career at Calvin Klein as a stylist , moved on to the Ralph Lauren Purple Label menswear line, for two years joined Gucci in 2002 responsible for women’s ready-to-wear and accessories, and eventually became the Artistic Director of Chloé before she was appointed Artistic Director of haute couture and ready-to-wear for women and men at Givenchy in 2017 replacing Riccardo Tisci.

Nor has Givenchy  announced who will replace the first woman to ever have held that position at the company.

Here our favorite runway looks from the British designer’s first collection for the house, Resort 2018 to her last the women’s rtw f/w 2020 collection as well as our favorite celebrities dressed in Givenchy including Meghan Markle at her wedding to Prince Harry, Duke of Sussex, on 19 May 2018.