The who-is-who of the Fashion World eagerly stood in line for the opening event of the newest exhibition in Paris’ Musée des Arts Decoratives; Christian Dior – Designer of Dreams. An exhibition celebrating Dior’s 70th anniversary, honouring the heritage of one of France’s biggest Couture Houses.

The House of Dior celebrates its 70th anniversary

It is the biggest Dior exhibition ever shown that takes the visitors from the early days when Christian Dior found the eponymous label after World War II, to the works of the latest creative directors of the likes of John Galliano and Maria Grazia Chiuri.

The exhibition starts with the “Satan Red” dress from 1947 which led to Dior’s instant success and introduced the controversial “New Look” all over the world. With the rise of Dior, the French capital changed from the war-rattled city to the capital of fashion.

Next to Dior’s greatest creations you can also find pieces from his large art collection, personal photographs and articles following the French couturier’s career over the years.

At the opening night, stars like Jennifer Lawrence, Robert Pattinson and Bella Hadid had a look at the vast heritage of the fashion house, dressed of course in Dior. 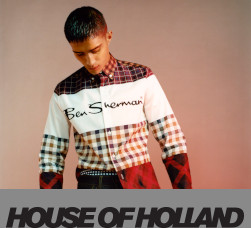