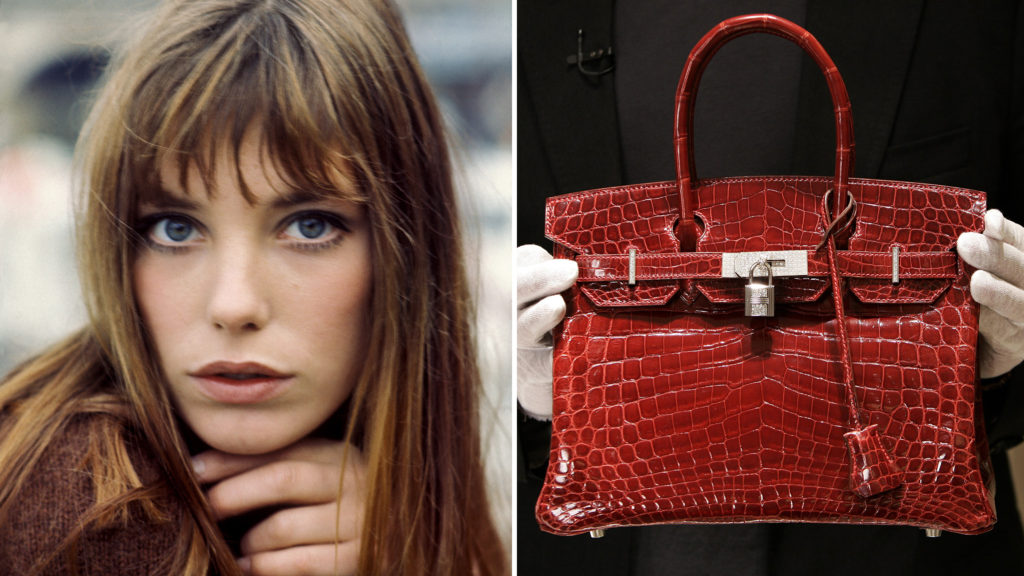 Many renowned designers have muses that greatly influenced their brand, and some have been honored by having luxury bags designed or named after them. One of the most popular cases is – the Birkin bag – the Birkin is more than just a handbag, it is the epitome of high social status and wealth. The bag was created in 1984 when Hermes’ CEO at the time met French actress, Jane Birkin on a flight from London to Paris. The pair were talking about handbags and Jane complained about not having the perfectly, spacious yet trendy handbag, and the rest was fashion history.

It was originally called ‘Chouchou’ before this Dior bag was famously gifted to princess Diana by France’s former First Lady, Bernadette Chirac. After Princess Diana was seen wearing the bag in several occasions, The House of Dior gave the bag its official name in 1996, ‘Lady Dior’.

Once the most sought-after bag from British house Mulberry, named after British fashion Icon Alexa Chung, the bag has now been discontinued.

Chrsitian Louboutin recently released his Elisa bag, named after the Egyptian/Italian Model Elisa Sednaoui. The pair have been friends for a long time and share their love for Egypt.

Formerly known as ‘Sac à dépêches’, the bag was renamed – the Kelly bag – as the iconic Grace Kelly was seen wearing it multiple times, and famously used it to cover her baby bump from paparazzi.